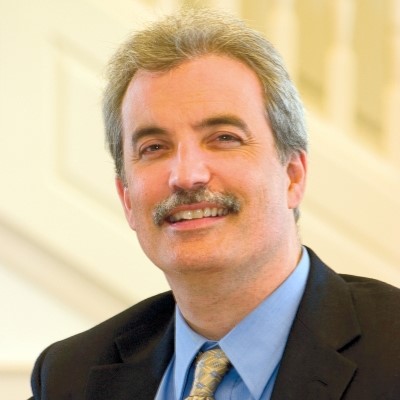 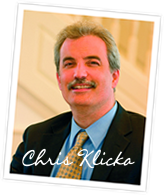 In 1985, Christopher J. Klicka joined the Home School Legal Defense Association and served as Senior Counsel as well as Director of State and International Relations. During his early tenure there led pioneering research on the legality of home schooling in all fifty states. Chris has since argued numerous precedent-setting cases, including a couple of state Supreme Court cases, and handled scores of administrative appeals on behalf of homeschoolers. He has successfully represented thousands of families with their legal conflicts.

Chris earned his B.A. from Grove City College in Grove City, Pennsylvania in 1982, and his Juris Doctorate from O.W. Coburn School of Law, Tulsa, Oklahoma. He was a member of the bars of the Virginia Supreme Court, the United States Supreme Court, the Fourth Circuit District of Appeals, and the U.S. District Court of Virginia (Eastern Division).

Chris came to know Christ as a young teenager and was enrolled in one of the campus schools of the Church of Christian Liberty, run by Christian education pioneer, Dr. Paul Lindstrom. He also served in the early days with the Rutherford Institute and assisted Dr. John Whitehead in his research and writings on home education.

Since 1985, with HSLDA, Chris intervened on behalf of thousands of homeschool families across the country who have been threatened by prosecutors, social workers, and truant officers. He represented many homeschooling families in court and testified before numerous state legislatures and Congress. He directed a staff of 10 lawyers and legal assistants and together they annually handled 10,000 legal conflicts/issues and monitor and lobbied the 50 state legislatures.

A popular national speaker, he authored several books including Home Schooling: The Right Choice, The Heart of Home Schooling, and, Home School Heroes. I know that his daughter, Bethany, was helping him to compile a couple of books that he was writing, including a devotional book on dealing with suffering.

In 1994, Chris was diagnosed with Multiple Sclerosis, but he continued to defend the rights of homeschoolers, even after being confined to a wheelchair, and losing much of his physical abilities. He has been a great inspiration for many of us who have watched him face these challenges. During this time he made many international trips on behalf of homeschoolers and spoke at homeschooling conferences in many other nations.

Chris and his wife, Tracy, have been educating five of their seven children at home in Virginia, having graduated their two oldest children, one of whom is married and both of whom are in college.

Most of all, Chris was a friend, to me and many others. He really, genuinely cared about people. I’ve been impressed with his commitment to the Lord, his tenacious desire to evangelize and tell people about Jesus, his constant references in conversation to his wife and children, and how much he loved and appreciated them, and of course his dedication to seeing families maintain their God-given rights to train their children in the ways of the Lord through homeschooling. I’ve considered him a mentor and I am looking forward to seeing him again in heaven. I’ll miss you in the meantime though brother!

I’m remembering a lot of little connections with Chris over the years. Early on, I knew him, of course, from his work at HSLDA and from his book, Homeschooling: The Right Choice. But, I think one of the first conversations I ever had with him was when he wrote an article for Home School Digest in 1994 on the topic of HR6 (does anyone remember that infamous homeschool threat?). Chris was immediately on top of that situation and was instantly doing radio interviews and getting the word out to millions of people who flooded the Capitol and shut down the switchboards with their concerns.

I first heard him speak in 1996 at the CHEC convention in Denver, CO. That was early in the MS process and in those days there were still a lot of remnants of the high-powered, high-octane, attorney that Chris was so thankful that God redeemed. Don’t get me wrong, we all appreciated that side of Chris, but he told me earlier this year, “I thank God that I got MS! If I hadn’t gotten MS, I wouldn’t have slowed down enough to spend the time I needed to with my family. MS forced me into relationship with my family in a way that might not have happened otherwise. I now travel with my children because I need them. We talk and I try to share with them what is on my heart. I often have to repent to them for not treating them well, or being impatient with them. It’s so hard, but I thank God for giving me MS.”

In 2003 we received a personal invitation from Chris to attend the HSLDA Leadership Conference in VA Beach. At the conference Chris invited my sister, Mercy, and I to share a meal with him and Tracy. I remember joining my friend, Rick Boyer, for a time of prayer for he and Tracy that day. From that day Chris really began to extend a great hand of friendship to me. He endorsed my book on homeschooling, and told me, “If there is anything that I can ever do for you, please call me. I want to help you in your work.”

I don’t know if you know how rare that is for a man as busy as Chris, but he amazed me at how indefatigable and open-hearted he was. If you haven’t read, The Heart of Homeschooling, you need to get that book. Reading about his life in that book was so inspiring to me as a young father and homeschooling leader. I kept thinking to myself when I first read the book, “Chris gets more done in a day than I do, and I am healthy!”

I actually did take Chris up on his offer a few times. He was never too busy to immediately take my call or call me back personally. I remember one day a few years ago driving to Detroit where I was scheduled to be interviewed on a local Christian cable TV station about homeschooling. It was the first media interview the station had ever done on homeschooling and by God’s providence my interview had been delayed for two weeks, during which time the local teacher’s union had gone on strike. The average government school teacher in Detroit was making $80,000 per year (while the median income is closer to $30,000) and only 15% of all high school seniors were even graduating. If the students who did graduate, over half of them couldn’t read their own diploma! It was bad. Well the teachers went on strike claiming that they were being paid enough! The local schools had embarked on a $500,000 advertising campaign asking students to show up just for the day of “count” so that they could get funding for those students for the entire year. They were giving away i-Pods, 12-speed bicycles, and Playstations, just to get kids to show up.

Anyway, I felt we had a great opportunity, so I called Chris on my cell phone to get his advice. He was exercising in his pool (which he did to battle the effects of MS). I asked, “Chris, is it okay for me to tell parents to pull their children out of the Detroit schools right now? The school year has already started, and I don’t want to give bad advice. Will this bring the truancy officers down on parents?” Chris just laughed. “Are you kidding?” he joked, “They don’t have the funds nor the man-power to handle a mass exodus. Just tell everyone to get their kids out right now and join HSLDA, we’ll take care of the rest!” I loved it! A lot of people would try to play it safe and ease people into the homeschooling process. Not Chris! When the house is on fire, it’s time to get the people out! 🙂 “Okay, Chris, you’re on. That’s what I’ll do.” I did, and by God’s grace, 15,000 students were pulled from the Detroit “public” school system that year! Praise the LORD! An added bonus was that the national network heard such good things about the broadcast that they called the local station and picked up an edited version of it for national broadcast. God is so good.

I was also blessed to talk with him this year before my Japan trip. He had been there before and had a lot of good advice about the needs in the country. He said, “Make sure you speak to the dads. The men there need to get involved and take the lead in homeschooling!” I certainly remembered to challenge the fathers. Chris is also the one who told me to take Christian tracks in the Japanese language to distribute in that country. I wouldn’t have even thought of it, but Chris was a witnessing machine! He so loved people and wanted to see them in Heaven.

My last personal visit with him was in May 2009 at the INCH convention here in Michigan. He got to meet my mother, Skeet Savage, for the first time, and it was really great to see them talking together in their wheelchairs! They both had such a great respect for the other. They are both great homeschooling pioneers! He told my sister, Mercy at the conference that on of his heroes was Joni Eareckson Tada, and that he had once told Joni that if she got to Heaven before him that he wanted Joni to save him a dance (Tracy said it was okay! LOL!)! Mercy is friends with Joni and it is my understanding that Chris’ daughter, Megan, and Mercy, were able to get Joni on the phone to talk with Chris just a few days before he died. I know that must have been very special for him.

Chris called me just a few weeks before he went to Colorado telling me that he wanted to write some more articles for our magazine. I knew that he was so weak that he may not be able too, but I assured him we’d love to print anything he wanted to send.

At INCH, we shared dinner together and Chris looked at me and said, “I’m going to decrease, and you are going to increase. You need to keep promoting homeschooling. Keep doing what you are doing. I’ve had my day. It’s time for the younger generation to pick up the baton and run with it.” You see, for Chris, it was never about making a name for himself. It was about the work. The work of the Kingdom was important and needed to get done. I said, “Chris, you’ve left some pretty big shoes to fill. I think it’s going to take a whole army of people to get done what you’ve done single-handedly.” He just said, in his humble way, “I’ve just tried to be faithful.” I love that. That’s what I want to do too, Chris.