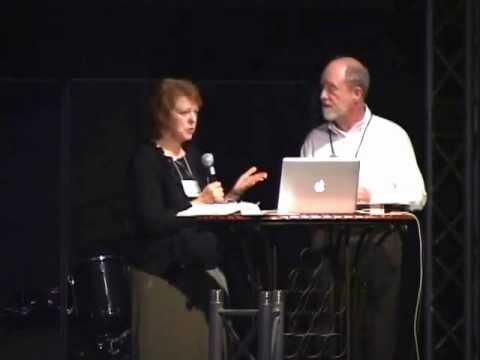 Preface: I am very pleased to be able to share this essay with you because David Quine is a man who has had considerable impact on my own life and is part of my personal journey. In the late 1980s, David began writing a regular column for my mother’s magazine, the Home School Digest, and I began to read his articles. I met David and Shirley Quine for the first time at the HEAV Convention in Lynchburg, VA in, I believe 1989, when I was 13 or 14 years old.

While my mother had recently begun reading Francis Schaeffer and had been impacted by his works, I saw them as dry, academic and unappealing. It was through David, listening to his enthusiasm for applying a Biblical worldview to the Arts and all of life, that I first became interested in Dr. Schaeffer’s writings (which have substantively shaped my own personal worldview profoundly since that time).

David Quine also helped to shape my own philosophy of education, and homeschooling in particular. I have been so blessed to see his faithfulness over the many years and have been honored to go from being a teenager sitting in the audience listening to him speak, to eventually speaking at conferences together with him. David has invested in what really counts: passing on the faith from generation to generation. Because of that, even though he is a humble and unassuming man, his work will remain and endure for many, many generations. I am thankful to call David Quine my friend and to encourage you to plug into his work and learn from his wisdom. You will be thankful that you did. — Israel Wayne

Once again in history science and culture are challenging the authority of God’s Word. The focus of the issue is the first eleven chapters of Genesis and then the many verses that reference those chapters. The challenge: Do these passages of Scripture represent true space-time history or simply a Christian concept of truth? In other words, is it truth or allegory? This is not just some theoretical classroom discussion, but rather it reflects my own person journey of my understanding of the authority of the Word of God over the past 40 years of study. This is not a new challenge, but one that has been repeated throughout the history of Western Civilization. Think back with me for a moment to the time of the Renaissance. Do you remember the meaning of the word? Renaissance means ‘re-birth.’ Have you ever asked yourself what it was the re-birth of? It was the re-birth of classical Greek and Roman thinking. The people living in the period of history immediately before the Renaissance based their thoughts and ideas upon the authority of the Word of God. Step back in history one more period of time into the age of Classical Rome and Greece. It was during this period in which the writings of Homer (Iliad and Odyssey), Virgil (Aeneid), Socrates, Plato, and Aristotle served as the authority of truth and reality. The diagram below illustrates this historical shift:

There are a couple of important ideas to consider. It was the Christians of the Renaissance who reaching back into the period of Classical Greece and Rome were bringing forward in time and re-introducing the writings of Homer, Virgil, Socrates, Plato and Aristotle into their own culture. This can be seen in the paintings of the Sistine Chapel in Rome where the paintings of the prophets (sibyls) of Greece are side-by-side with paintings of the great prophets of God or in your local library in the work of Dante’s Divine Comedy in which the ideas of the spiritual life are those of “the great philosophy Aristotle”! In effect, these believers ended a period of time (the Middle Ages) in which individuals were basing their lives on the authority of Scripture alone. It is very interesting that those who consider the Renaissance a movement in the proper direction will often call the Middle Ages the Dark Ages! They consider it a Dark Age because those people did not read the classical works of Greece or Rome. The classical Renaissance thinkers began introducing the works of Greece and Rome into the Christian culture of their time period. Carefully consider what they did! They ended the Middle Ages!

However, the story does not end there. God in His grace raised up another movement in Northern Europe — the Reformation. The men and women of the Reformation rejected the classical thought of the Renaissance and embraced Scripture alone (Sola Sciptura) for faith and living. Western Civilization flourished as the Word of God served as its foundation.

The conflict seems to be repeated in every age. For example, in the late 1800’s and early 1900’s the authority of Scripture was once again challenged. Guess which book and chapters of the Bible were being challenged. If you thought Genesis chapters 1 – 11, you are right. They were being told that those chapters were just a picture — a story — but not true science or history. However, in the early 1950’s God began a new movement in America. A movement that spread across our land — a return to the authority of Scripture. People like Francis Schaeffer, writing in Genesis in Space and Time, and Henry Morris, writing in The Genesis Flood, began fighting for the historicity of Genesis chapters 1 – 11! This is where I come into the story — my personal journey.

I was raised in a church that rejected those first chapters of Genesis. My pastor rejected heaven and hell. Even Jesus was no longer a real historic person. He was only a fictional idea — a concept –of what a person should strive to become. I was told by the pastor that this was the natural progression of realizing that the first eleven chapters were just a story. By the grace of God in 1967 I became a Christian in my junior year in high school. My view of Scripture changed — it was becoming the sole authority of my life. After graduating I went off to college to begin my studies to become a geologist. I found myself back into the conflict over the authority of the Word of God. In my classes Science and Reason overruled the authority of Scripture at every turn. This caused me to do a great deal of searching. Was there enough evidence for me to accept the authority of Scripture as true in all it teaches or would I accept Science and Reason as the final authority? It was in my senior year in college that I began reading The Genesis Flood. This book gave me a solid scientific basis for knowing that Genesis 1-11 is true. A couple of years later I read Genesis in Space and Time. This book gave me a solid Scriptural basis for knowing that Genesis 1-11 is true. Now I have a very solid basis for knowing and believing that the first chapters of Genesis are true in the truest sense! It is not just a concept, but true space-time history. Two years after finishing my BS in Geology I returned to the same university to begin work on a MS in Curriculum and Instruction Education for the purpose of learning how to write curriculum which teaches how to give a defense for our faith. During that time I had a discussion with a former geology professor who although he was a deacon in a mainline church said that he would have failed me in every class had he known I would come to such a view of Scripture.

That brings us to the 1980’s and the beginning of homeschooling. There were not many of us during those early days of home schooling. There were no curriculum fairs and no conventions. But there was a commitment of the parents to raise their children under the authority of God’s Word and that included a historical understanding of all of Genesis. When local groups started conferences there was this same mindset.

About 15 years ago a new movement of education was being introduced into home schooling. This movement began reintroducing, at very young ages, the ideas of Greek and Roman thinking through such readings as The Children’s Homer, The Black Ships Before Troy and many others. Does it sound familiar? Remember the Renaissance? Once again there is a mixing of Greek, Roman, and Christian ideas pouring into the hearts and minds of our young children. The apostle Paul warned those in his days with these words:

As a result, we are no longer to be children, tossed here and there by waves and carried about by every wind of doctrine, by the trickery of men, by craftiness in deceitful scheming; but speaking the truth in love, we are to grow up in all aspects into Him who is the head, even Christ … (Ephesians 4:14-15)

I am concerned for the next generation. What they are taught will soon be what they believe. Pearl S Buck was the daughter of missionary parents in China in the late 1800’s and early 1900’s. She was taught in the morning with a curriculum from a Christian point of view and then in the afternoon she was taught a classical curriculum. In her autobiography, My Two Worlds, she writes this:

“These were strange conflicting days when in the morning I sat over American schoolbooks and learned the lessons assigned to me by my mother… while in the afternoon I studied under the wholly different tutelage of Mr Kung. I become mentally bifocal, and so I learned early to understand that there is no such condition in human affairs as absolute truth. There is only truth as people see it, and truth, even in fact, may be kaleidoscopic in its variety. The damage such perception did to me I have felt ever since, although damage may be too dark a word, for it merely meant that I could never belong entirely to one side of any question.”

We must be very careful what we are teaching our children — and particularly our younger children because we know that God is very concerned about what they will believe.

In 1984 Shirley and I started Cornerstone Curriculum so that we could assist parents in preparing their children to give a clear explanation and defense for why they believe what they believe. The foundation for such a defense rests squarely upon the belief that all of Scripture including Genesis 1 – 11 is true space-time history. It is Scripture that gives direction in understanding science, history, and culture and not the reverse. Neither science nor history can be properly understood apart from the revealed Word of God. The starting point is the Word of God and not the thoughts of man. We believe that every course of study is under the authority of Scripture alone. This is what a Biblical World View Education is all about. God Bless you as you disciple your children,